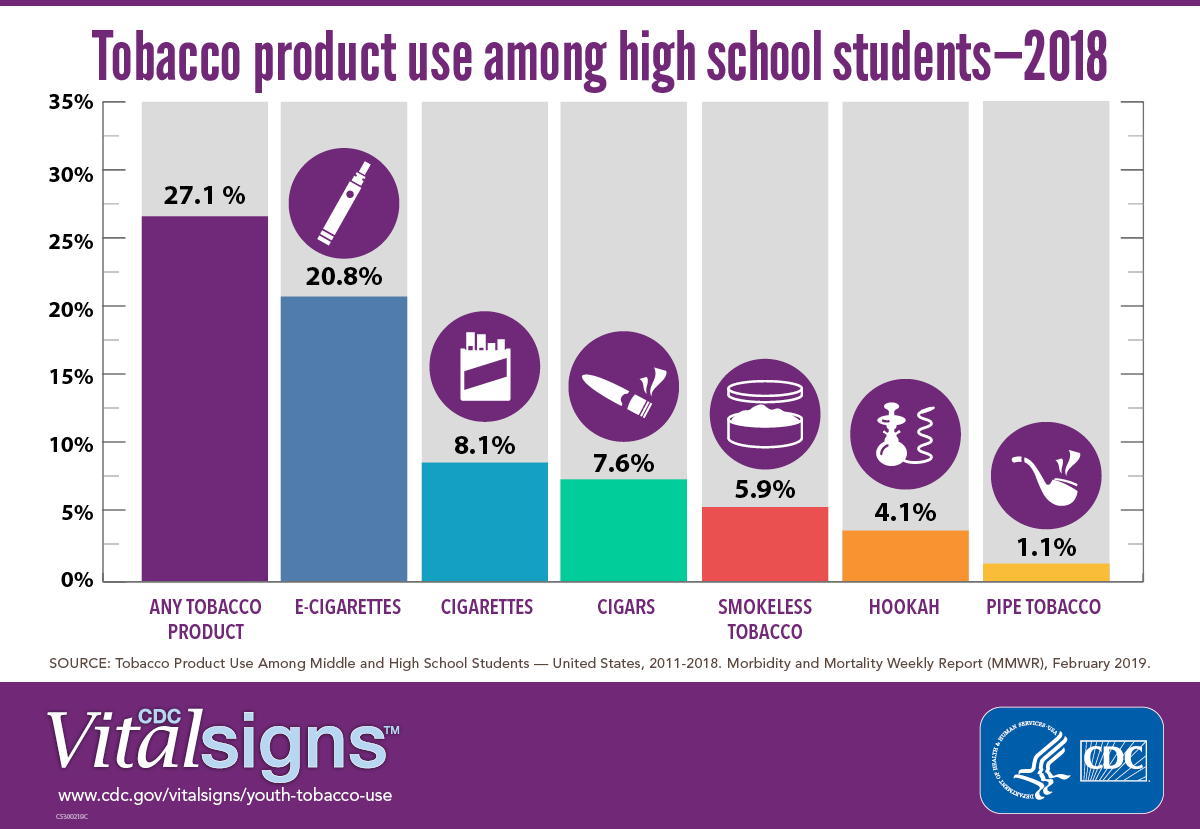 About 4.9 million middle and high school students were current users (used in the past 30 days) of some type of tobacco product in 2018, up from 3.6 million in 2017. This increase—driven by a surge in e-cigarette use—erased past progress in reducing youth tobacco product use, according to a new Vital Signs report published by the Centers for Disease Control and Prevention (CDC).

“The skyrocketing growth of young people’s e-cigarette use over the past year threatens to erase progress made in reducing youth tobacco use. It’s putting a new generation at risk for nicotine addiction,” said CDC Director Robert R. Redfield, M.D. “Despite this troubling trend, we know what works and we must continue to use proven strategies to protect America’s youth from this preventable health risk. Youth use of any tobacco product, including
e-cigarettes, is unsafe.”

Why are these findings a significant public health concern?

Regulating the manufacture, distribution, and marketing of tobacco products, coupled with proven population-based strategies, can reduce youth tobacco use and initiation. These strategies include: