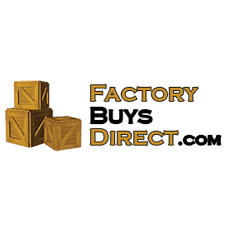 Attorney General Chris Carr has announced that Factory Buys Direct (FBD), an online seller of home appliances, has entered into a settlement with his office to resolve allegations that it violated Georgia’s Fair Business Practices Act by selling products, including damaged or defective appliances, backed by a return policy it did not  honor.

The Attorney General’s office alleges that through its website, factorybuysdirect.com, FBD sent products to consumers that were incorrect, unwanted, damaged or defective and did not respond to requests by consumers who sought replacements or refunds.

Additionally, FBD allegedly failed to clearly and conspicuously disclose its full return policy. Despite claims on its website of “Customer Satisfaction Guaranteed” and “30 Day Money Back Guarantee,” it allegedly did not make it clear to consumers that if they returned a product they would have to pay a 15% restocking fee plus return shipping, or that the company only accepts returns for merchandise that is new, unused, unassembled and in its original packaging.

In resolution of these allegations of unfair and deceptive acts and practices, FBD has entered into a settlement requiring it to:

Should FBD fail to comply with the settlement terms at any time during a two-year monitoring period, it must pay an additional $40,000 to the State.

Consumers who purchased a product from factorybuysdirect.com and were subsequently unable to complete a refund or exchange due to Factory Buys Directs’ failure to comply with its stated return policy may be entitled to compensation under the settlement and  should fill out and submit a prescribed claim form, along with supporting documentation, to the Georgia Department of Law. Claim forms must be postmarked, faxed or hand-delivered no later than 5:00 p.m. EST on February 10, 2019 in order to be considered for restitution.

Claims must be submitted by or on behalf of consumers who:

Completed claims and any documentation, should be submitted by mail, overnight delivery, fax or hand-delivery to:

You may NOT submit the Claim Form by email.