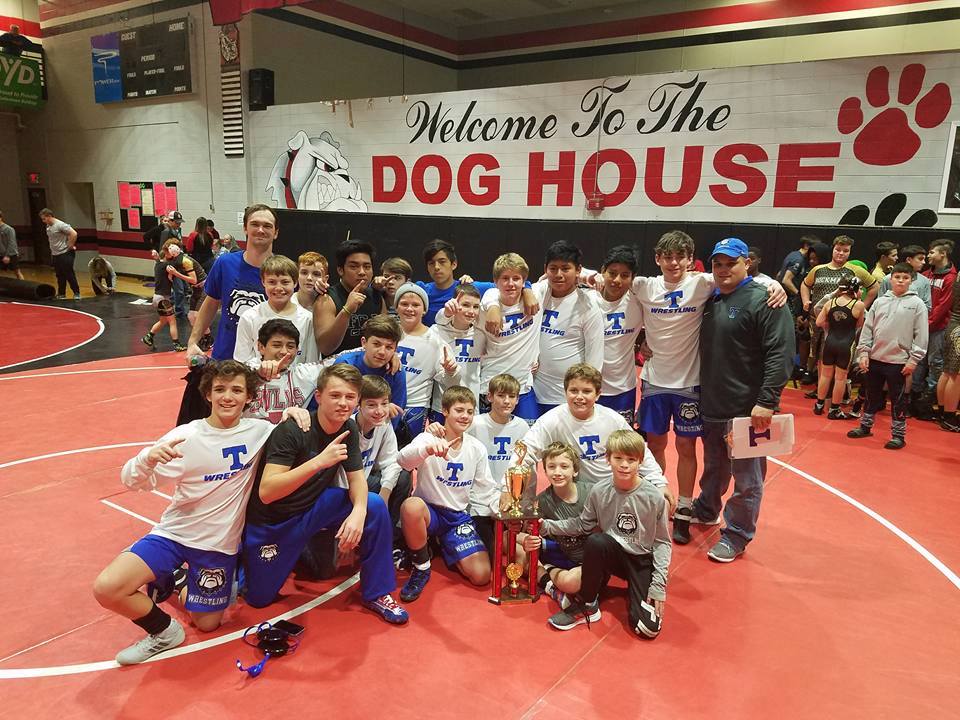 The Trion Middle School Wrestling team continued their undefeated season on Thursday, November 8 with an 81-3 win over Heritage. That following Saturday, November 10, the team participated in their first dual tournament of the season at Cedartown. On their way to being named tournament champions, Trion defeated Eastbrook 57-53, Pepperell 60-37, Rockmart 57-46, and Woodland 68-48. On Monday, another win came after defeating Lakeview 81-6. Trion’s record improved to 8-0 when they claimed victory over Chattanooga Valley on Tuesday with a score of 75-12.

Next in line for the wrestling team will be Dade County and Ashworth on Tuesday, and Gordon Lee on Thursday. They will also compete at the Raider Rumble Duals in Cleveland, Tennessee on Saturday.