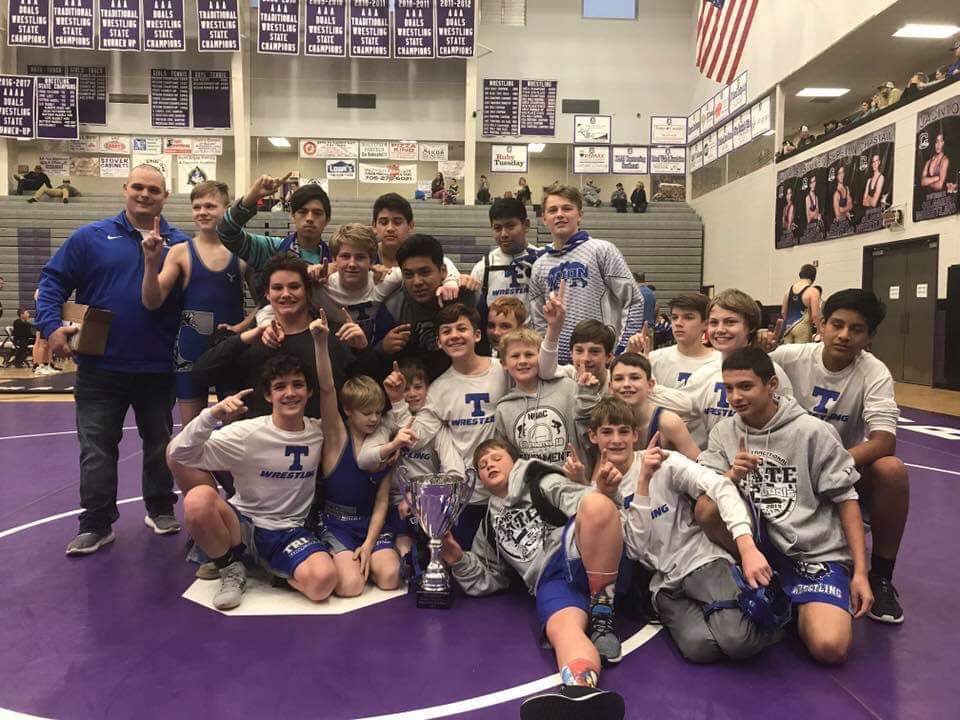 The Trion Middle School Wrestling Team ended their season with a Georgia State Duals Championship.  It was icing on the cake after having a remarkable season and winning the NGAC Duals and Traditional Tournaments.  The Georgia Middle School State Duals is an elite tournament filled with the best middle school teams from across Georgia.  This year’s tournament was held at Gilmer high school and had 15 teams in attendance.

The state finals match was a rematch from an early season victory by the slimmest of margins for the Bulldogs at the Cedartown Duals.  Eastbrook was on a roll after defeating South Hall, Chestatee, and Jefferson; the returning state champs.  Their fire quickly burned out as Trion went on to win the match 50-29.

“The future is bright for the Trion Wrestling program as good kids continue to get involved.  On and off the mat, they are committed to the hard work and determination that it takes to be successful,” Coach Blevins said.

The Trion High School Wrestling team will compete in the GHSA State Wrestling Duals this weekend in Macon, Georgia.