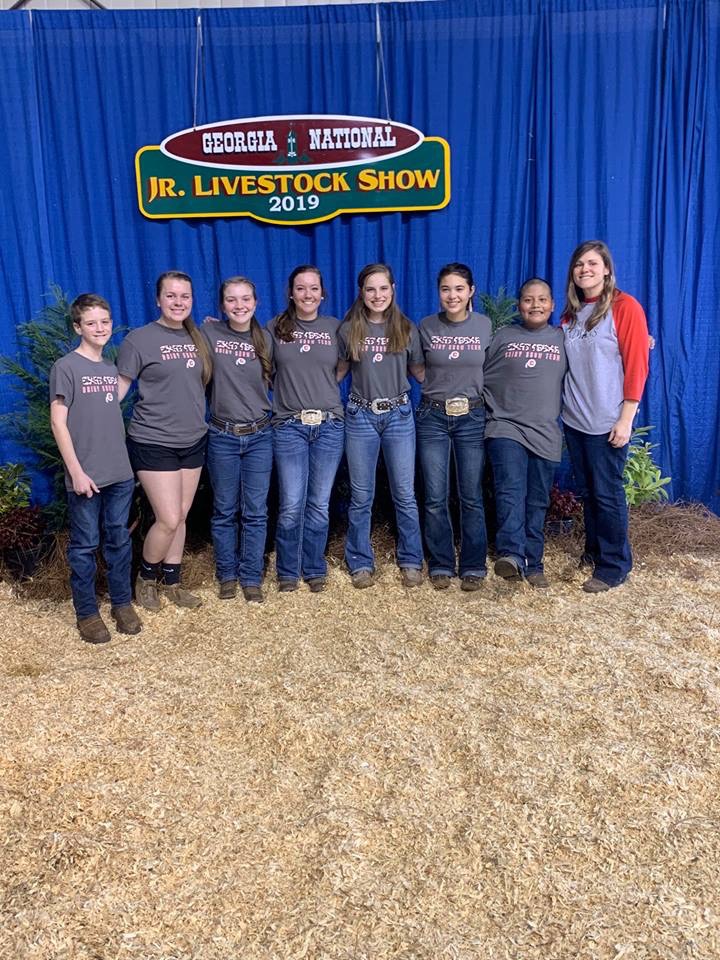 The Chattooga Dairy Show Team ended their season in Perry, GA last week at the State Livestock Show. Senior Jorja Cooper showed for her final time and was able to bring home a top ten finish in showmanship. Cooper was also recognized for her service as the s Vice President of the Georgia Dairy Youth Foundation.

The seven member team is led by Summerville Middle School FFA Advisor Ms. Lauren Jarrett. The Dairy Show Team was started 10 years ago by Jarrett. The team has grown and developed and is a highly regarded team within the state.

Give a kid a book through Ferst Readers
Chattooga County Schools Music Department to have Winter Concert
Posting....