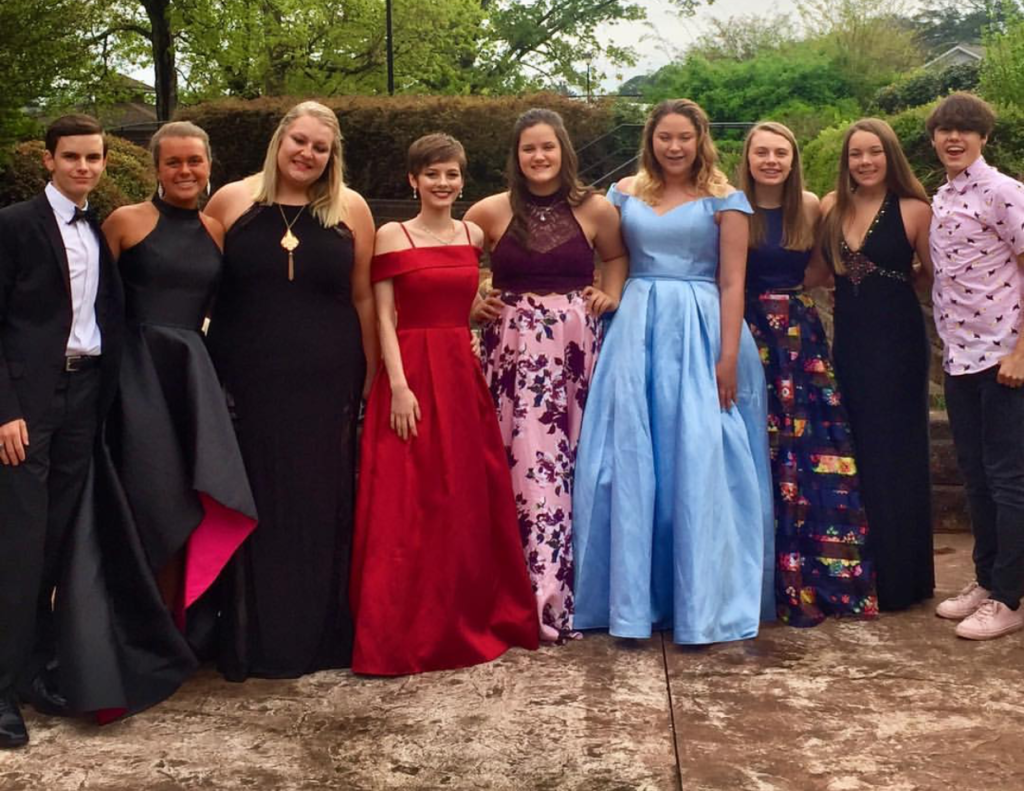 Senior Conference is a statewide event held at Rock Eagle 4-H Center in Madison Georgia. 4-H’ers are asked to bring formal attire as the event is also known as 4-H Prom.

As soon as all the counties arrived at Rock Eagle they had an opening assembly where Guest Speaker Ashley B Hosey spoke to everyone. His speech was very motivational and left all the students intrigued and wanting to know more. He is also an author and has written two books, his most recent one was on sale for everyone to buy.

After the assembly everyone rushed back to their cabin to begin getting ready for dinner and the dance. The dinner was held at the EMC Pavillion on fancy round tables set with center pieces and nice cloth. After everyone ate, people gathered around the lake to take pictures with all their friends. When people became satisfied with the amount of pictures they had taken, they all moved to the dance floor and began to dance the night away.

After the dance all 4-H’ers went back to their cabin to change into more casual clothes for the after party. At the after party, a mechanical bull along with inflatable slides were set on Cloverleaf Circle. People had the choice of participating in those fun games, or continuing to dance all night.

It was around midnight when everyone finally retired to their cabins to get a good night’s sleep. When everyone woke up, they went to breakfast in the dining hall followed by the closing assembly. At the closing assembly, prom King and Queen were announced along with some vespers. Everyone running for State Board in June also got to announce their name, district, and slogan.

Everyone looked stunning in their outfits for Senior Conference and the weekend went perfectly. Everyone is already looking forward to next year planning their dates and color scheme.