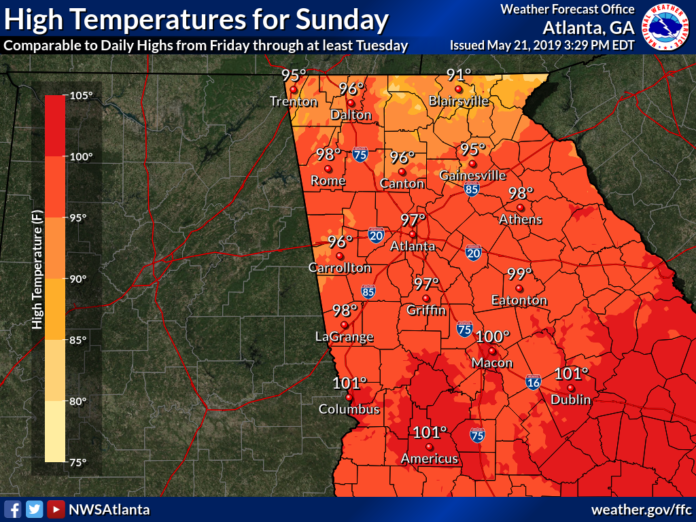 An unseasonably strong upper-level ridge is set to settle in over the Southeastern U.S. by tomorrow, bringing record high temperatures to Georgia later this week and through the weekend. Several locations are expected to reach or break all-time record High temperatures for the month of May.
Further Details: