FAITH COLUMN: What Happened to the United Methodists? 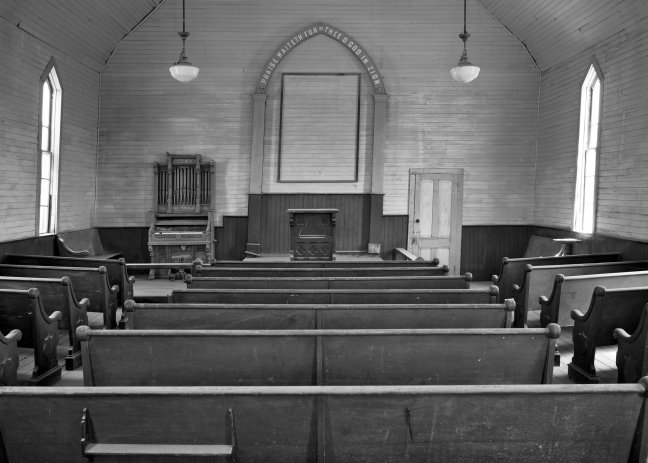 While one may be surprised to discover that the majority of United Methodists (UMs) proclaim to be theologically conservative, the real shocker concerns the doctrine of the Word of God. Only 41% of UM conservatives surveyed believe the Bible is the most authoritative source of their faith—30% cite church tradition as most authoritative. Among the liberals (and this comes as little surprise) only 6% cite the Bible as the most authoritative source of Christian faith and practice. Only 29% of UMs surveyed held to an orthodox understanding of the sufficiency of Scripture. This means the Bible is not the primary source for faith and practice for the majority of UMs. Only 20% of UM members surveyed believe the Bible is the actual Word of God and ought to be taken literally. 36% of UMs agreed with the statement that the Bible contained errors.

Since the Bible is no longer the standard of faith and practice for the UMC, theological erosion has followed. The reason the Bible anchors a denomination’s theology is simple: everyone is subject to God’s authority. When questions on homosexuality, female pastors, or divorce inevitably arise, Scripture demands theologians answer exegetically. Liberal theologians must apologize for tough passages; Conservative theologians must defend them. Both sides answer to the same standard.

Whenever tradition replaces Scripture as the standard for faith and practice, theology stops answering to God and lends an ear to the court of public opinion. No church conference is going to vote certain passages be stricken from the Bible. Tradition is not nearly as resistant to change. Where Scripture is immune to popular vote, church tradition is not; while tradition may be slow to change, change is inevitable.

Change is exactly the problem faced by the UMC’s self-identified Conservatives. Currently, the UMC is going to vote on changing the Methodist Book of Discipline. On February 23rd, 864 delegates from around the world will meet in St. Louis to vote on whether traditional doctrine concerning homosexuality ought to be changed. Currently three plans regarding change to the Methodist Book of Discipline have come forward:

The real theological issue facing the UMC is not homosexuality; it’s the downgrade of the status of the Word of God.

Yet, I would argue the real theological issue facing the UMC is not homosexuality; it’s the downgrade of the status of the Word of God. Church traditions are always subject to change. Only when the Word of God is recognized as infallible, inerrant, and sufficient, can any denomination resist the pull of the secular tide and keep itself from theological drift.

My prayer for the UMC conference is a revival and reliance on God’s Word. As a young Christian, John Wesley, the founder of Methodist, and his Holy Clubquestions had a deep impact on me spiritually. Wesley would often ask, “did the Bible live in me today? Which would be followed up by asking, “do I give the Bible time to speak to me every day?” I pray that each delegate will honestly ask these two questions before they vote on Saturday.

Tradition is a helpful map to keep the church from drifting off course. However, without Scripture as the rudder and captain at the helm, the church will find itself blown in any theological direction. Whichever way the wind blows on the 23rd, the United Methodist Church is heading toward a theological storm. When less than one-third of a denomination’s members can sing, “Jesus loves me this I know, for the Bible tells me so” with any theological integrity, the denomination is heading for destruction.