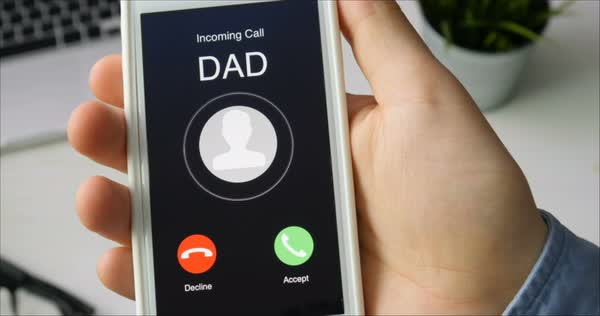 What is the purpose of masculinity? With so much talk concerning toxic masculinity, often we forget the positive sides of masculinity. News-media, TV shows, and all sorts of movies are now asking if masculinity is even necessary. Yet, within these same media sources, stories depicting a healthy since fatherhood have tended to flourish. As broken homes and absent fathers increase, there is now a need to reexamine what Christian fatherhood looks like. This series, Letters From Dad, focuses on letters which Christian Fathers have written to their sons. These letters help reveal the heart of Christian fatherhood,as they seek to guide their sons through the Christian life. My hope is to encourage fathers and my fellow Christians and to provide a reminder of how important fatherhood is to the maturation of a young man.

​In the letter Samuel seeks to strengthen John in three ways: 1. He encourages his son with scripture. Samuel is proud of John. 2. Samuel reminds John of how he is praying for him. Samuel does not want John to become proud of his accomplishments for God. 3. He offers John fatherly wisdom in handling worldly persecution. Read Samuel’s letter below,

​“This day I received both yours, and this evening, in the course of our reading, that I found an answer that would be more proper than any I myself could dictate; though since it will not be easily translated, I send it in the original. “I take great pride in you. I am greatly encouraged; in all our troubles my joy knows no bounds.”* (2 Cor. vii. 4.) What would you be? Would you be angels? I question whether a mortal can arrive to a greater degree ofperfection, than steadily to do good, and for that reason patiently and meekly to suffer evil. For my part, on the present view of your actions and designs, my daily prayers are, that God would keep you humble; and then I am sure that if you continue ‘to suffer for righteousness’ sake, though it be but in a lower degree, ‘the spirit of glory and of God’ shall, in some good measure, ‘rest upon you.’ Be never weary of well-doing: never look back; for you know the prize and the crown are before you… Be not high-minded, but fear [God]. Preserve an equal temper of mind under whatever treatment you meet with from a not very just or well-natured world. Bear no more sail than is necessary, but steer steady.”**

Samuel’s letter encouraged John and Charles to continue their pursuit of obeying God. The result of Samuel’s guidance produced the two of the finest men in Christian history. John and Charles strengthened The Holy Club and were eventually joined by George Whitefield. Between the revival preaching of George Whitefield and the influence of John Wesley’s Methodism, Samuel Wesley’s letter of encouragement impacted the history of the American Church deeply. Later, when John completed his multi volume compilation of all his works, he was sure to include his Father’s letter of encouragement within the introduction.

​Fathers, let us take Samuel’s example. Strengthen the faith of your children with the encouragement that comes from the Word of God. Remind your children of how you are praying for them (and make sure you are praying). Only after you have allowed God to speak to your children, then offer advice based on the wisdom of God’s Word. Samuel saw his role as the spiritual leader of his children, even when John and Samuel were adults.

*Samuel Wesley wrote to his son in Greek. This is what it means by “I send it in the original.” I have supplied a translation from the NIV.