Stamp Out Hunger Food Drive will be Saturday May 11th

The National Association of Letter Carriers (NALC),  along with The Summerville Post Office Letter Carriers, will conduct its 27th annual national food drive on Saturday, May 11. 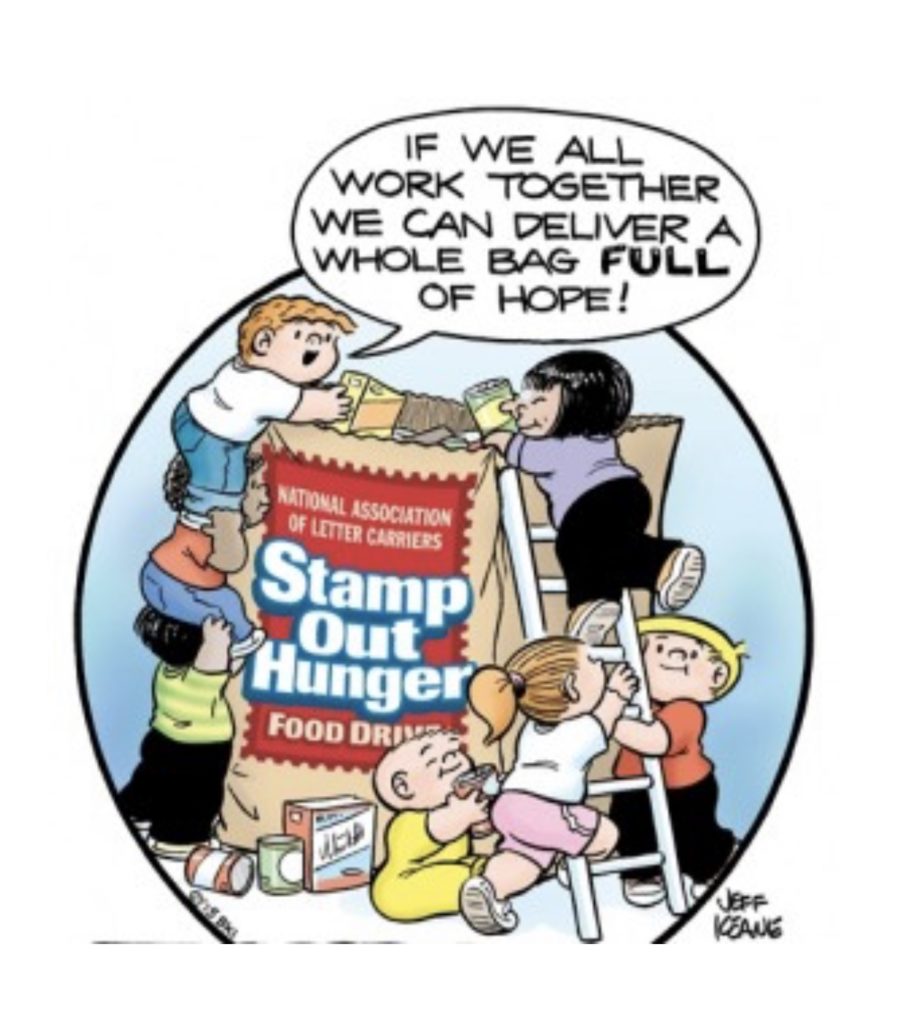 The National Association of Letter Carriers (NALC),  along with The Summerville Post Office Letter Carriers, will conduct its 27th annual national food drive on Saturday, May 11.

The Stamp Out Hunger® Food Drive, the country’s largest single-day food drive, provides residents with an easy way to donate food to those in need. Customers simply leave their donation of non-perishable food items in or next to their mailbox before the delivery of the mail on Saturday, May 11. Letter carriers will collect these donations on that day as they deliver mail along their postal routes, and distribute them to the Chattooga County Food Bank located on Senior Drive.  The Letter Carriers’ food drive is held annually on the second Saturday in May in 10,000 cities and towns in all 50 states, the District of Columbia, Puerto Rico, the Virgin Islands and Guam. It remains as important as ever, with many people facing economic struggles. Hunger affects tens of millions of people around the country, including millions of children, senior citizens and veterans.

Letter carriers see these struggles in the communities they serve, and believe that it is important to do what they can to help.  Summerville Letter Carriers have been a part of this annual food drive for several years and have been so impressed at the generosity of the community in their giving of items.

“This is a labor of love for letter carriers, and we are proud to see how it has grown in impact over the years,” NALC President Fredric Rolandosaid. “It’s an honor to be able to help people in need all across the country—and to do so in a way that brings out the best in so many Americans.”The timing is important, with food banks running low on donations from the winter holidays and with summer approaching, when most school meal programs are suspended. Last year, letter carriers across the countrycollected 71.6 million pounds of food donations along their postal routes. That brought the total since NALC’s food drive began in 1993 to more than 1.67 billion pounds. Locally, our letter carriers have collected thousands of pounds of food for our food bank.

On May 11, as they deliver mail, the nation’s 202,000 letter carriers will collect the donations that residents have left near their mailboxes. The Summerville letter carriers will be delivering to you a post card withinformation about the food drive and a grocery bag from Ingles for the items to be placed in.  Non-perishable foods, such as canned soup, canned vegetables, canned meats and fish, pasta, rice or cereal are just some of the suggested items to donate this Saturday.  All donations will stay local, going to The Chattooga County Food Bank.

The Summerville Letter Carriers would like to thank everyone for their donations to STAMP OUT HUNGER in Chattooga County and to Ingles for their generous donation of grocery bags to hold your donated items.