Chattooga County’s Bethel Presbyterian Church will be featured on ‘Saving Grace’ which will air on September 17 at 9:00 p.m. on Georgia Public Broadcasting. Saving Grace is a series exploring rural Southern history using a combination of individual church stories, expert interviews, old maps/photographs/engravings, superior visual imagery and authentic roots music. Season one which will have six episodes will present a number of historic churches across the state of Georgia.

The episode will also be available on GPB’s website the same day it premieres.

Watch a preview of the show here:

The history of Bethel Presbyterian is the history of the northwest Georgia mountains and the sturdy Scots Irish pioneers who settled so much of it. It is the story of the associated Armuchee Academy and the Reverend T.C. Crawford and the remarkable educational institution he built on the mountain back roads of Dirt Town. And finally it is the story of Bethel Yard, the beautiful and timeless burying ground of the Bethel community and her citizens. Bethel Presbyterian sits in a lovely rural setting in the north Georgia mountains, just as it has since it was built in 1847. In 1846 the local Presbyterians petitioned the Cherokee Presbytery to create their own church since the nearest was Pleasant Green Presbyterian on the other side of Taylor’s Ridge and this meant leaving home before daylight and returning after dark. The petition was approved and a log meeting house was constructed on land in the Dirt Town community that was donated by Augustus Bryant on lot 183 that he had acquired in the lottery.

On this gently sloping hillside was a graveyard already containing interments as early as 1838. This was the beginning of the lovely and historic Bethel Yard burying ground. It was also on this land that Reverend T. C. Crawford came to Dirt Town from North Carolina to open a school. He was a man of letters who had graduated from Davidson College as salutatorian and attended Columbia Theological Seminary. At Bethel, he established Armuchee Academy, the first high school in Chattooga County. Students came from as far away as Alabama and Tennessee. Both the school and the church prospered and in 1849 construction began on the clapboard structure you see above.

The history of Bethel Presbyterian is remarkable in many ways. Natural beauty notwithstanding, this land has seen much tragedy and hardship. The banishment of the Cherokees resulting in the “Trail of Tears” and the trials and tribulations of the Civil War years are good examples. Even though Bethel was remote and Chattooga County was spared any major battles, the Civil War came calling in many highly destructive forms. Several Confederate units were organized out of Chattooga County but the first was “The Chattooga Volunteers”, organized two months after the firing on Fort Sumter. Others soon followed as the war progressed and many sons of Bethel and Dirt Town answered the call. Of 291 documented interments, 27 are Civil War veterans. This is a remarkable concentration of Civil War service in one church community.

Rural church cemeteries tell us much about Georgia’s early pioneers, and the stories that arise from the old burying ground at Bethel are remarkable. Reverend T. C. Crawford, who built the church and the school into a place of educational excellence, lies here. Bethel Yard also tells the the story of the Millican boys, Lewis and P.B., both found on the Confederate Roll of Honor for battlefield gallantry, who paid the ultimate price at Chancellorsville and Gettysburg. Here too lies the story of Cyrus Jenkins Vance, the family slave, who served with his master on many battlefields, was with him when he was wounded on two occasions – and ultimately at his deathbed. Cyrus continued to serve the remaining family all the way to Appomattox, finally returning home to live out his days on the original family farm. Here too lies one of the most brutal and tragic Civil War stories in the person of the McFadden brothers. It is the tale of bands of violent Confederate and Federal “scouts” who roamed the back roads of the mountains preying on friend and foe alike, with no civil authority to do so. The brothers are tragically murdered by the Long-Roberts gang who hunted down Confederate soldiers and sympathizers, leaving a brutal trail of violence across the northwest Georgia mountains. 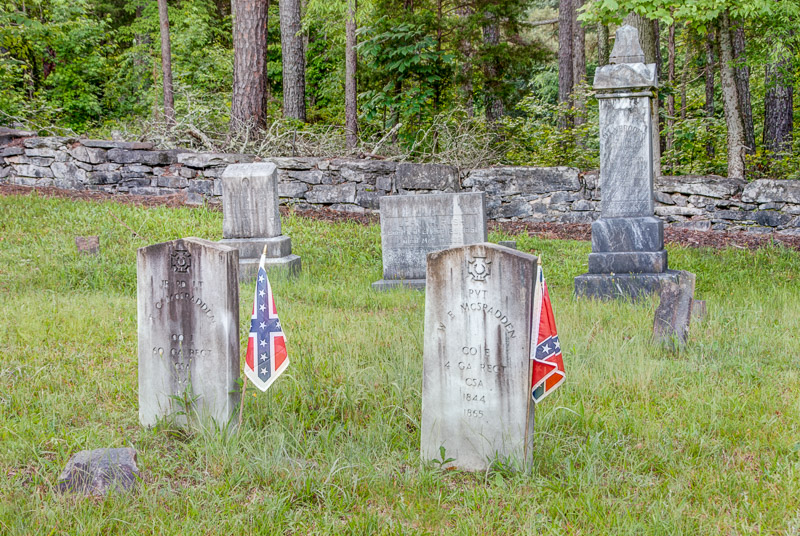 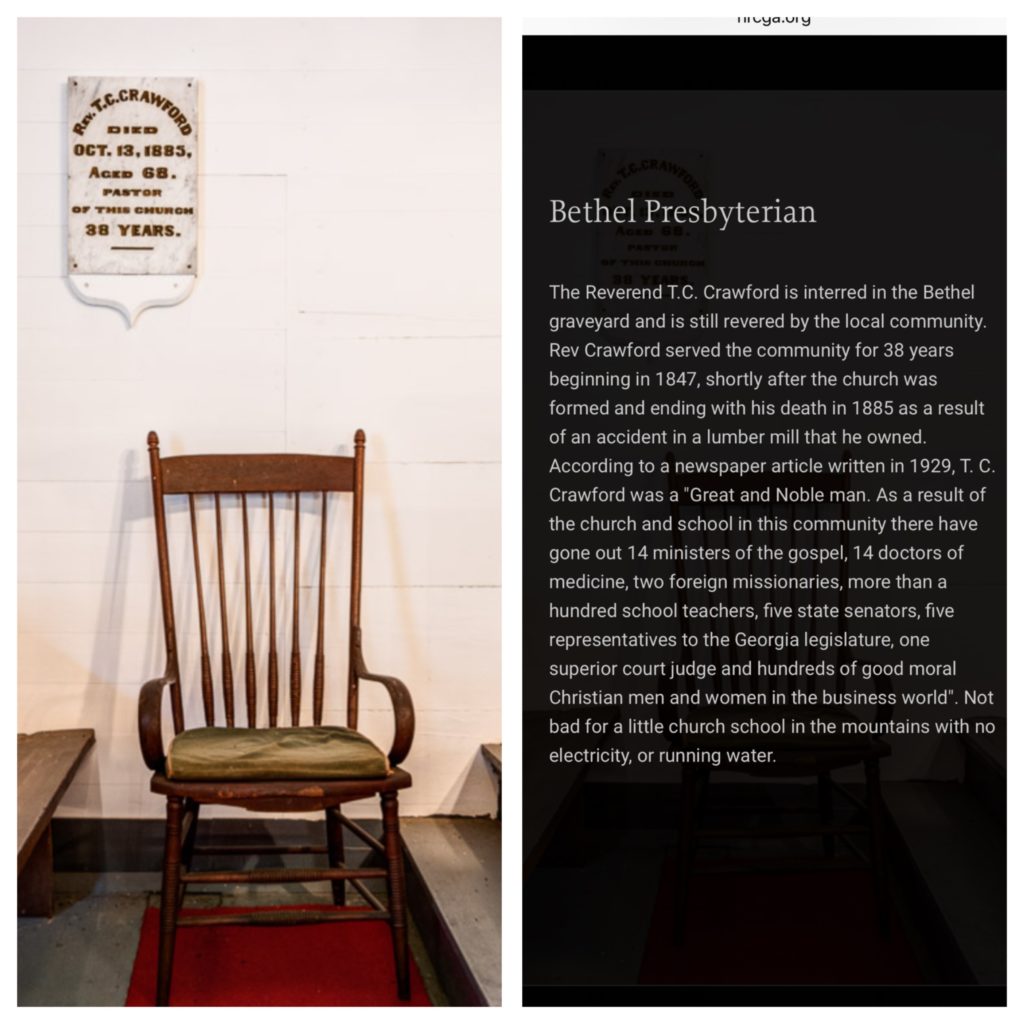 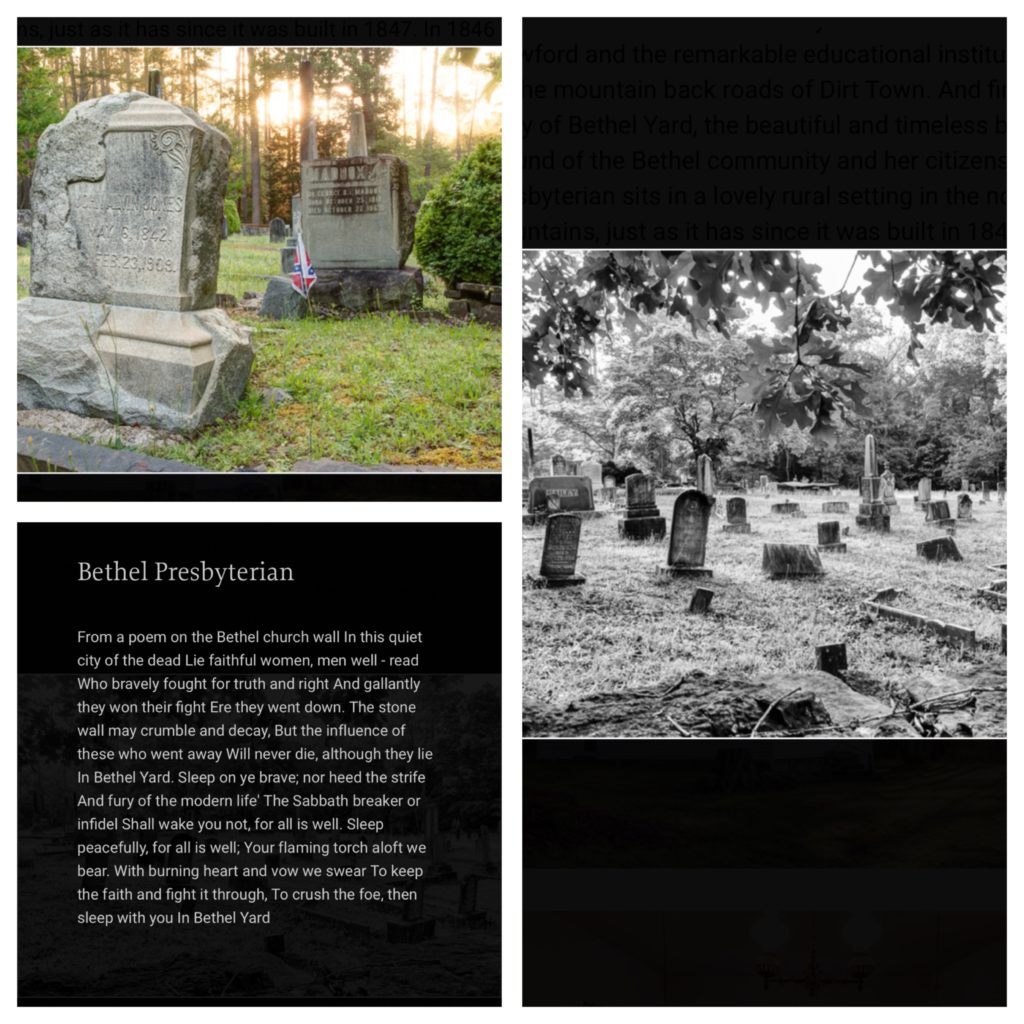 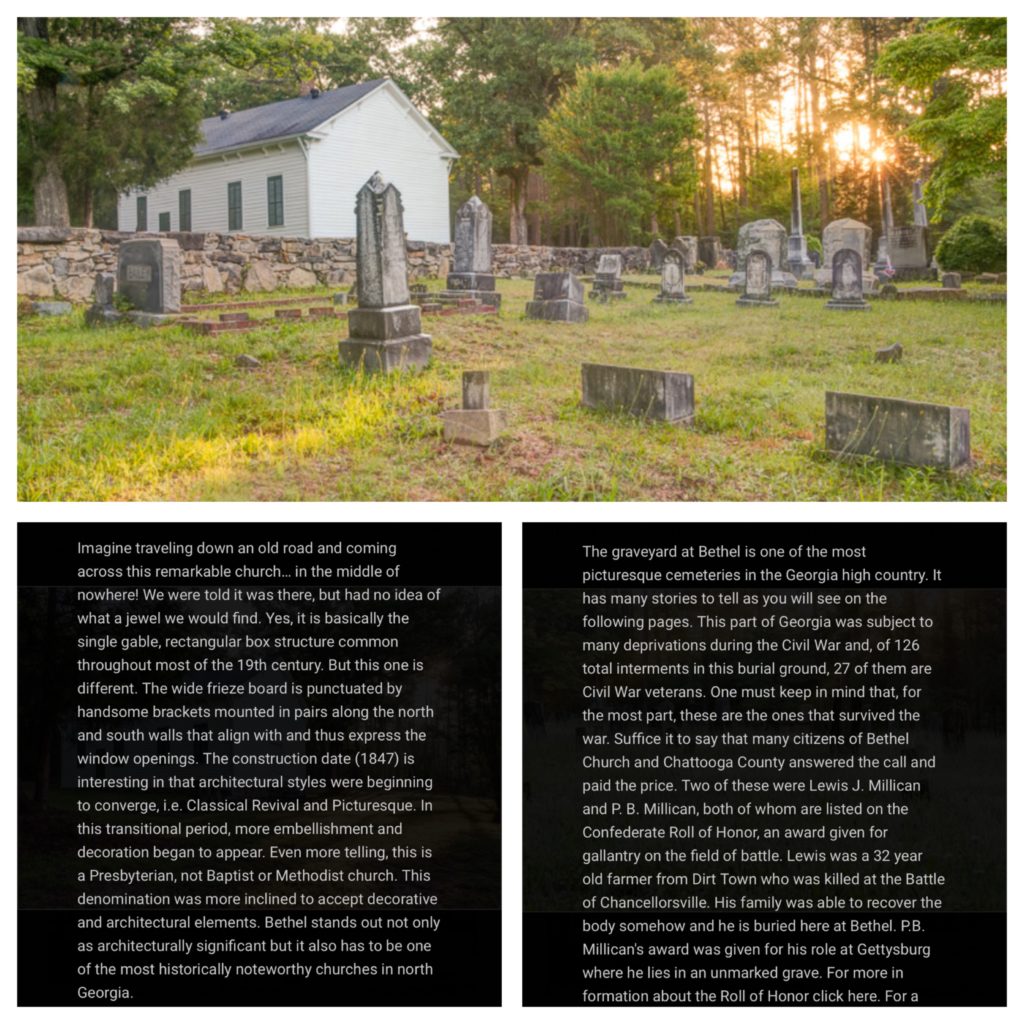 Historic Rural Churches of Georgia was founded in 2012 by Sonny Seals and George Hart with a mission to research, document and ultimately preserve historic rural churches across the state.