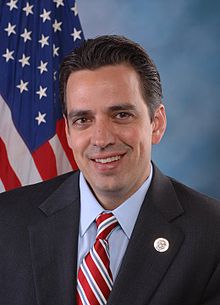 Rep. Tom Graves (R-GA-14) voted for and the House passed by an overwhelming vote of 358 to 36 the First Step Act (S. 756), bipartisan legislation reforming the federal prison system. The bill now heads to President Trump’s desk. The bill passed the Senate earlier this week by a vote of 87-12.

“First, I want to commend Rep. Doug Collins for leading the effort on prison reform in the House,” said Rep. Graves. “Today the work paid off! This legislation, which is similar to the successful criminal justice reforms Gov. Nathan Deal signed into law in Georgia, is a major victory for justice. Among its significant reforms, the bill prioritizes rehabilitation for non-violent, low-risk offenders. It gives judges more latitude in mandatory sentencing for low-level crimes. And it allows prisoners to start saving money for their expenses after they’re released. The First Step Act will go a long way toward ending the revolving door in our criminal justice system.”

According to the Senate Judiciary Committee, here are some of the bill’s highlights: