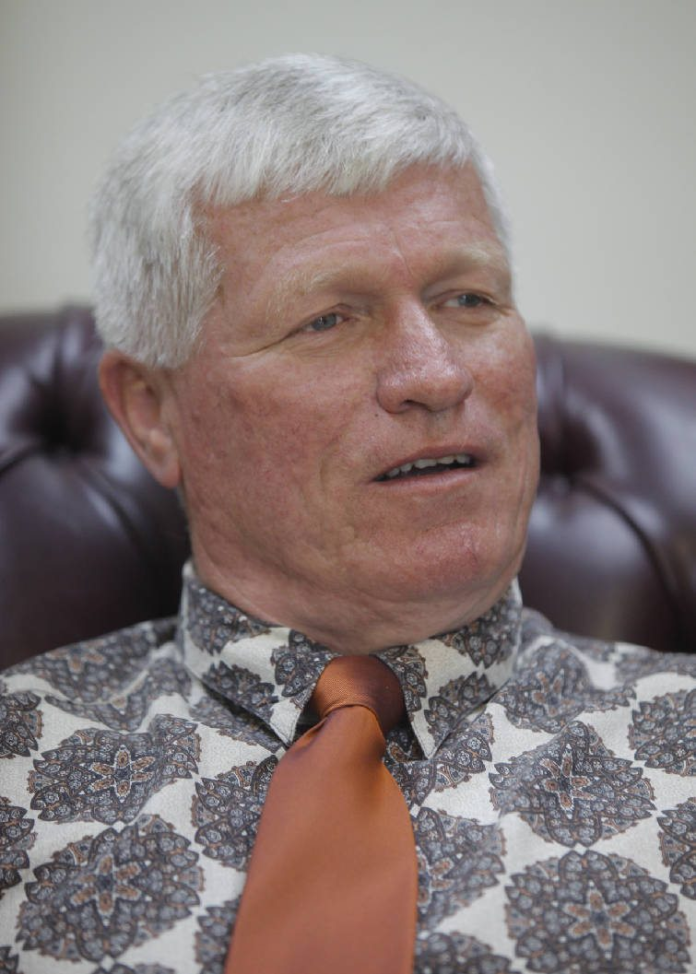 The following article is an opinion piece and reflects only the views of the author and not those of AllOnGeorgia.

The Golden Age for the Chattooga school system has been the past decade as county schools experienced both academic and financial success beyond anything since the district combined all high schools Gore, Lyerly, Menlo, AC Carter and Summerville, into one newly-constructed building, Chattooga High School in 1964. After being hired as Superintendent in 2009, former Marine Corp Colonel Jimmy Lenderman set out on a mission to completely change the culture within the halls of his school buildings that would accomplish a drastic change in public perception of Chattooga, improve academics, and instill a sense of pride within every student and teacher to don the red and black. Jimmy Lenderman ushered in the single greatest era for education in Chattooga and that era… is now over.

Lenderman had 27 years of service in the United States Marine Corps, eventually retiring as Colonel Jimmy Lenderman. Over the course of his tenure in education, Lenderman has held positions as the ROTC Commander of a North Carolina high school, a vice principal, principal, and a coach and principal within the Chattooga County system before being appointed as Superintendent. His military background shaped his core belief that each problem should be confronted and solved, and that is just what he did when he took over the reigns at Chattooga County School System.  His leadership drastically impacted the school system over the past decade, in a profound way.

Chattooga Principal Jeff Martin reflected on his first memories of Lenderman. “I remember my parents talking about Jmmy Lenderman,” reminisced Martin. “Jimmy was flying President Reagan in the 1980’s and they were very proud that he was from Chattooga.” 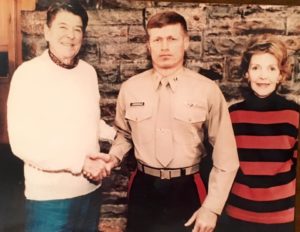 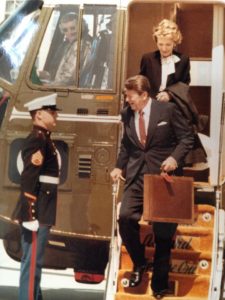 When Martin first saw Lenderman after he retired from the Marines, Jimmy rode up to the high school on a Harley Davidson and instantly, Martin asked if he could ride his Harley. Lenderman told him, no. “It was an honor to meet him,” said Martin.

Like so many residents of the rural northwest Georgia county, Martin views Lenderman with “a level of respect I really cannot explain.” Lenderman came into the Superintendent’s office with a vision for sweeping change amidst the ruins of a failing system and crumbling infrastructure. Martin recalls Lenderman’s marching orders; “He told us to get out of the box. But then he said to burned the box… there is no box.” The adminstrators were shocked and excited as Lenderman’s vision and plan immediately began showing results. “He gave teachers back control of the classroom.”

According to Martin, Lenderman valued the relationships between students, teachers and administrators to be the key element to a new winning culture. “Relationships. If you have a good relationship with a kid, they will run through a wall for you.” Martin has heard the mantra from Lenderman so many times that no one in the county will dispute the simple fact that Lenderman “…loves his kids and teachers.”

Within his resignation letter to the Board of Education, Lenderman explains what residents have dreaded. “However, recently, I have seen a caustic relationship develop between the board of education members and the community,” wrote Lenderman. “In addition, some have come to me and stated that it could be interpreted that they are bullies.”

In an interview with AllOnGeorgia, Lenderman was asked about his legacy at Chattooga. His eyes immediately filled with tears as emotion overtook him. “I don’t…. want one.” In a moment of heartache, Lenderman sat with Marine corp posture but the waver in his voice revealed the pain he endured inside. “It’s not about me,” said Lenderman. He took a long pause to control his voice before continuing. “It’s about the children. We are here to make children better. To make them successful.”

Jimmy Lenderman will leave Chattooga County Schools in the best shape they have ever been, and still the holder of the single game rushing record with 405 yards which came against Trion.

For the people of Chattooga County, Mr. Lenderman was never just a Superintendent. He IS Chattooga. And sadly… Chattooga has left the building.

To the BOE members of the Chattooga County School System

It is with deep regret that I feel compelled to submit my letter of resignation as CHATTOOGA COUNTY SCHOOL SUPTERINTENDENT. THIS RESIGNATION WILL TAKE effect 30, April 2019.

Over the years I’ve been a very lucky man to have been a part of many great organizations. However, I consider my time spent serving the children and people of Chattooga county as one of the most rewarding times of my life.

The most gratifying part of my job has been visiting the children in our schools. It has been revealed to me through these experiences how unique and loving the people in our community can be.

However, recently, I have seen a caustic relationship develop between the board of education members and the community. In addition, some have come to me and stated that it could be interpreted that they are bullies.

Again, I wish I could stay but I do not want to be associated with this deteriorating culture.