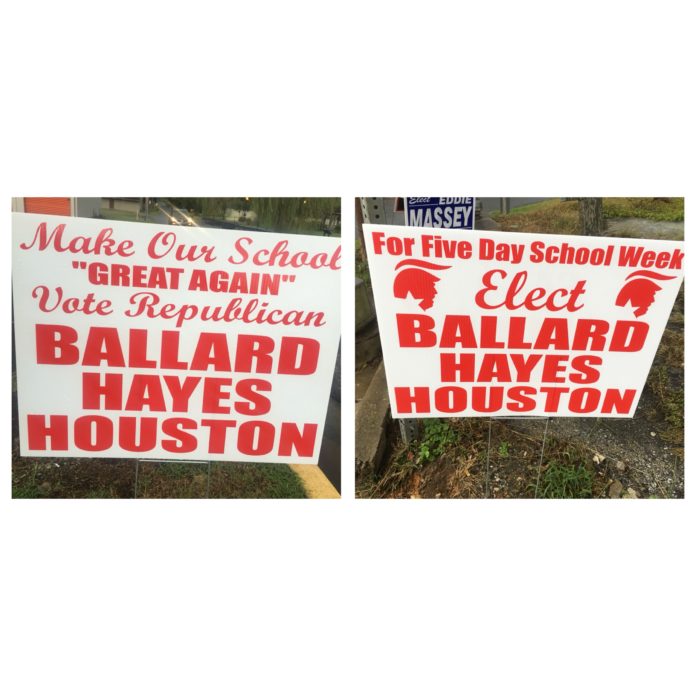 Republican candidates for the Chattooga County Board of Education are appearing in a new advertising campaign featured on two new signs displayed in downtown Summerville. One sign ends seems to end all speculation as to where the candidates fall on the 4-day versus 5-day schedule. Stating, “For Five Day School Week Elect Ballard Hayes Houston”, the sign makes perfectly clear that the candidates have a predisposed agenda to end the 4-day and return to a 5-day school week. Good to have that cleared up, since I have interviewed two of the three candidates and they both danced around the question. 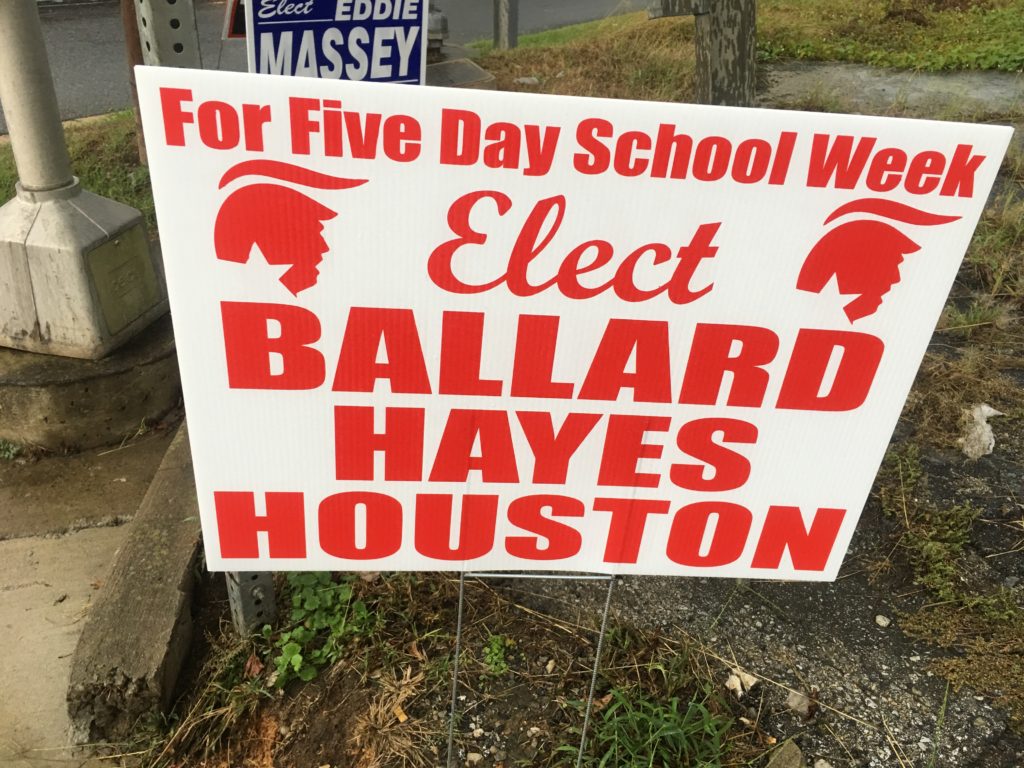 The interviews will be airing next week on AllOnGeorgia. According to a source from within the local Republican party, Mr. Ballard received my messages requesting an interview but chose, rather than decline my request, to simply ignore it. Perhaps voters care more about hearing from him than he realizes.

The second sign is unsettling and downright offensive. It states, “Make Our School “Great Again” Vote Republican Ballard Hayes Houston”. First, clarification is needed as to which school the sign is referring to since there are five schoolS in the Chattooga County School System. Secondly, Chattooga County Schools have never been better, at what point of greatness would the republican candidates like to return to? Before the 4-day week, graduation rates were in the 50% – 70% range, now they are in the 94% range.  In 2009, while on a five-day school week, Chattooga graduated 159 students, representing a graduation rate below 70%.  Would that be the “Great” era that these candidates wish to return to?  Perhaps Ballard, Hayes, and Houston wish to return to the greatness of 2005 when the graduation rate was 52%. Last June,  212 students graduated representing a 93.8% graduation rate. 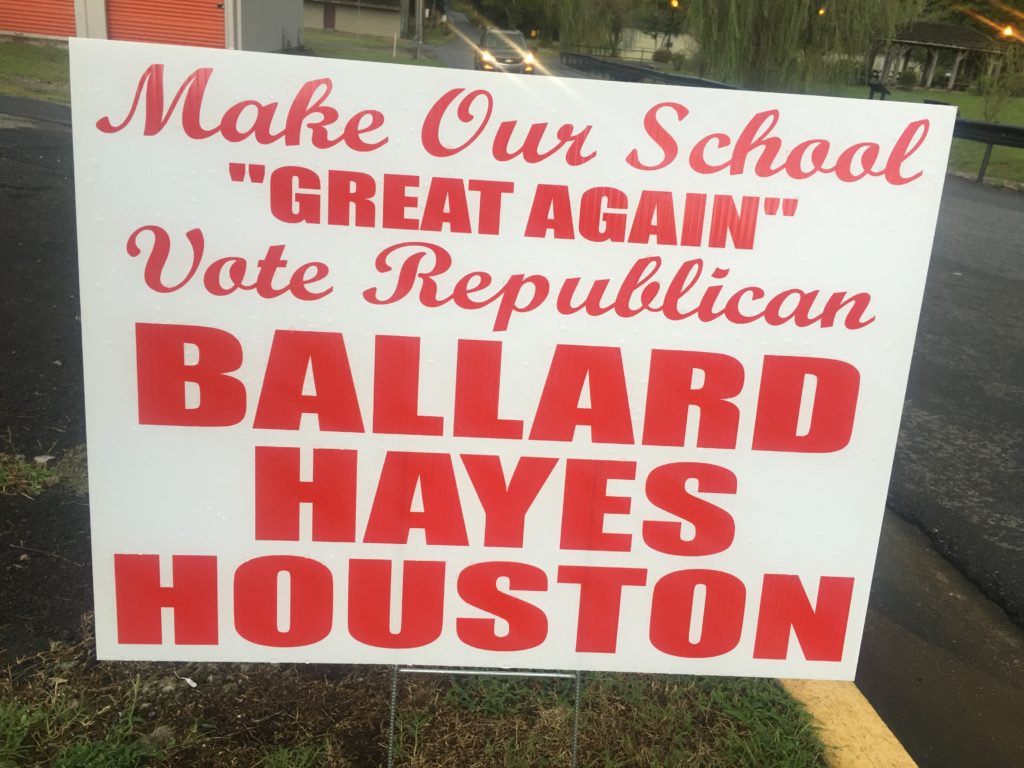 Before the 4-day week, 70 teacher positions had been cut while programs like Chorus were on the verge of total elimination. Were those the great times? Every single teacher position that was eliminated due to budget cuts meant more than a teacher who lost their job; it meant a room full of students that would be rolled into other classes. A constant trickle of ballooning classroom size that affected instruction, structure and performance. It also had a massive impact on teacher recruiting. Fewer positions became available and a much smaller pool of applicants due to the prospect of teaching overcrowded groups of students.

Times were very lean in the budget department before the 4-day school week. Innovative safety concepts, such as placing school resource officers in every school, simply would not be possible to implement.

Before the 4-day week, Chattooga High School was a 50-year old building. A building with limited space and room for technology upgrades. A building that lacked decent insulation and cost a small fortune to heat and cool. A building with a dilapidated roof that leaked at every rainfall. It had a separate gym that exposed students to the elements for every PE class.

Are those the Great times?

Nowadays, students at Chattooga enjoy learning in a state-of-the-art building with the latest and greatest technology. Before the 4-day week our girls softball team didn’t have a field of their own to play on. Now the girls field was awarded as the Georgia Field of the Year. Students have a computer-to-student ratio that almost doubles the state average and a career pathways program that rivals any in the state. Students at each school have felt the economic impact of the 4-day week.

Back to the… Past

Perhaps the next sign campaign will answer the question: At what point in Chattooga County Schools history are the republicans wishing to return to?

Everything is better today than during the 5-day week schedule. The graduation rate is soaring, the number of graduates is over 200, the finances are sound, test scores are climbing, and the pride of the students and staff are at an all-time high.