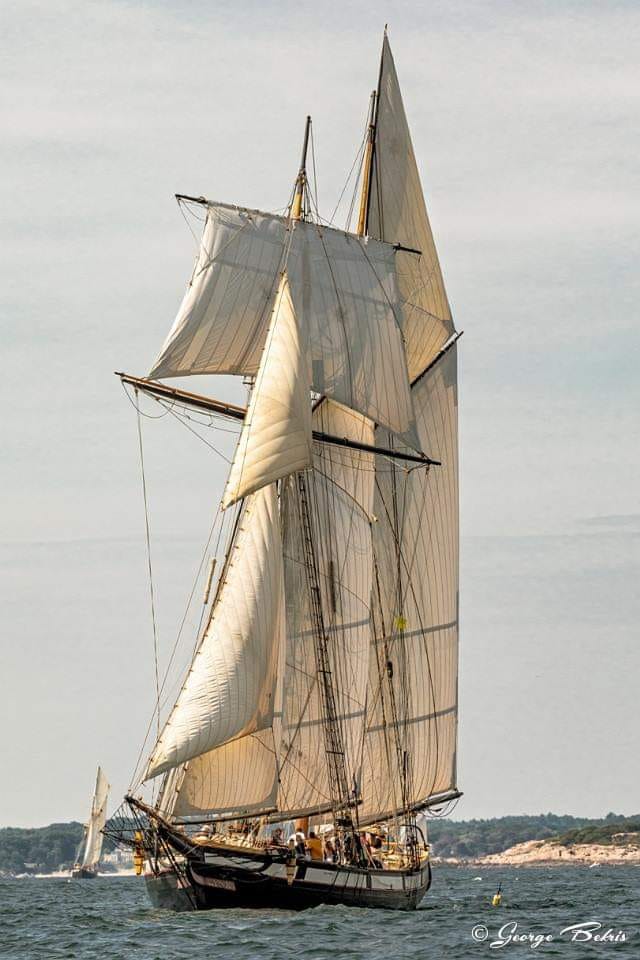 This is a press release

”  American Privateer Lynx ”   On April 17th Privateer Lynx will sail into the Brunswick Landing Marina where they will be open to the public starting on April 18th – 29th.   Privateer Lynx is owned and operated by the Lynx Educational Foundation out of Nantucket Mass. Tall Ship Lynx is an interpretation replica of an 1812 War Privateer ship that sailed with the same name.  Privateer ship began running the blockade and taking many prizes during the 1812 War.  Privateer Lynx has been described as a living museum that sails to ports where they educate their visitors and the youth on the history of privateer ships during the war of  1812 when America struggled for our independence and Free.  Tall Ship Lynx will be offering Public Daily Sailing.  The public can purchase Tickets for a 2 1/2 hour sail where you can help hoist the sails and steer the ship then join the captain as he sends out a salute by firing the ships 6-pound guns.    Tall Ship Lynx will be at 2 locations during their visit to Brunswick, Georgia   April 18th – 24th the Tall Ship Lynx will be at the Brunswick Landing Marina at  ( 1 Torras Landing, Brunswick Ga.)  Then on April 25th – 29th the Lynx will be located at St Simons Island  Pier (  100 Malley St. St Simons Island, Ga )    Tall Ship Lynx will be offering Free Deck Tours, Free educational program and Public Sailing at both locations   Tickets for the daily Sailing are available at www.tallshiplynx.com   The schedule and Ticket price for both ships is located on our website at www.stmarystallshipalliance.org.

For information and questions from the public, media and organizations please contact James Crawford at ( 803 ) 372-4009 or email stmarystallshipalliance@gmail.com
Related Topics