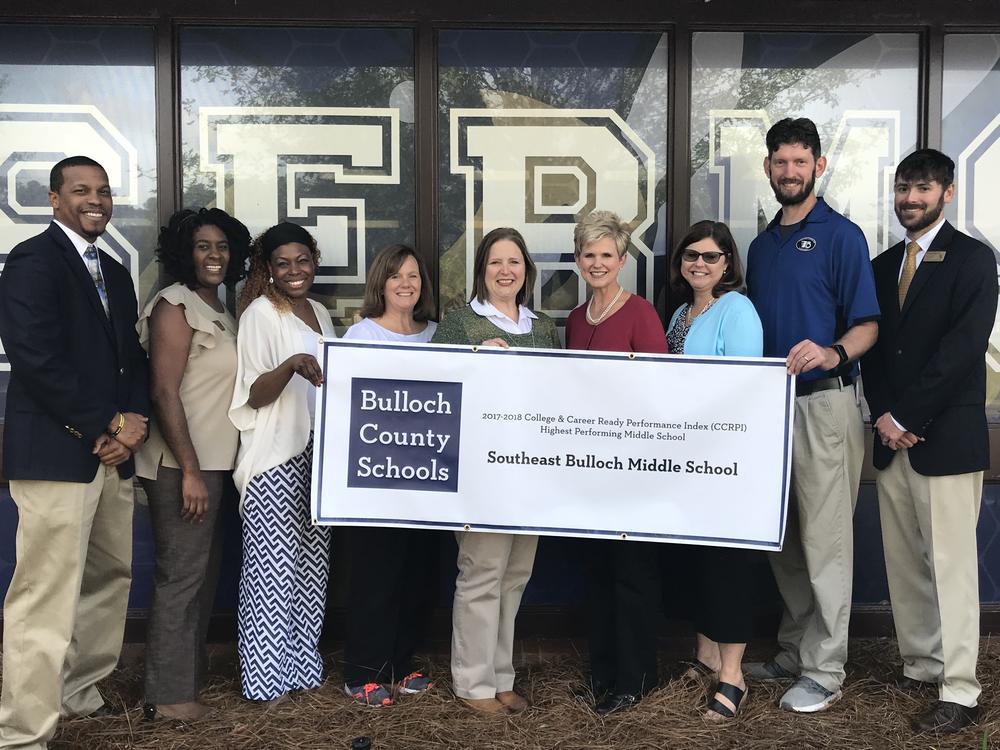 This month the Georgia Department of Education (GaDOE) and the Governor’s Office of Student Achievement (GOSA) released their 2018 lists of the state’s top performing schools. GaDOE named SEBMS to its list of Title I Distinguished Schools and GOSA awarded the school a Silver award for greatest gains in student achievement. In both lists, SEBMS was one of only two schools selected in the immediate 10-county area.

“We celebrate the work of all who support our students on a daily basis – our faculty, staff, parents, community partners, and awesome students – who support one another,” said Dr. Torian White, principal of Southeast Bulloch Middle School (SEBMS).

According to the GaDOE, Distinguished Schools are among the top-five percent of all Title I schools in Georgia, when ranked according to their most recent College and Career-Ready Performance Index (CCRPI) score. SEBMS’s overall 2018 CCRPI score of 85.1 (of a 100-point scale) was the highest for the school district, and it far exceed state performance levels.

“We will continue to work with our awesome faculty and staff as we help our students learn, grow, and develop,” Dr. White added.

According to GaDOE, all Distinguished Schools are now eligible to apply for the National Elementary and Secondary Education Act Distinguished Schools Program award, sponsored by the National Association of ESEA State Program Administrators. Each state will select two schools for this award; those two schools are recognized nationally and will receive award funds from Title I A to support participation in the national conference.